Day Overview:   We’ve seen signs for the Pony Express everywhere, particularly on Hwy 50 in Nevada. We’ve both heard the term before, and each of us pretended that we knew what this Pony Express thing was, until we asked one another for the definition and responded with blank stares and thoughtful groans.

After consulting a few sources, here’s what we found: The Pony Express was a fast mail service that operated between 1860 and 1861 between St. Joseph, Missouri and San Francisco, California. The mail was delivered by horseback riders. Each rider would stop at a designated station, all located about 5 to 30 miles apart, where they could refuel with food, sleep and hop on a new horse. It took 10 days to traverse this distance! Not too shabby for 1860. 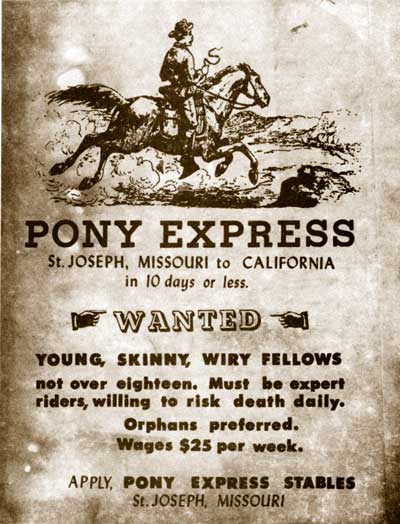 How to recruit a rider -- note that "orphans preferred"

Though the service lasted for only 18 months, this is still an iconic chapter of the American West’s history – a precursor to modern UPS services! Imagine if your Amazon packages were delivered by galloping steeds mounted by intrepid horsemen. The postal service even made a stamp several years after the Pony Express had closed, in order to commemorate the brave riders. 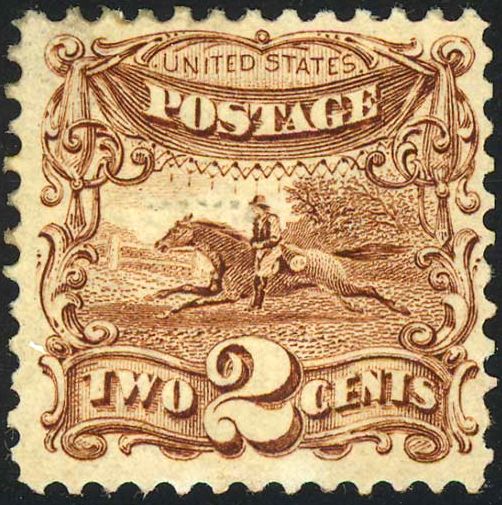 So, we’ll just blame our ignorance on the fact that we grew up on the East Coast, which was at the time disconnected from ponies and related memorabilia. 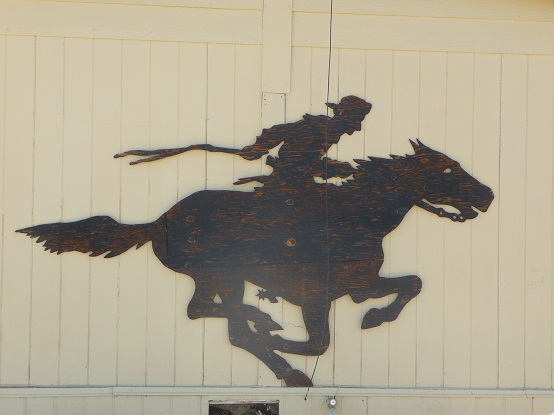 Image of an intrepid rider at a stop along Highway 50

Retracing the trail by bike is interesting. There are all sorts of abandoned signs from this era, including old stations and imagery of classic horsemen riding like the wind.

So, the desert has given us more than mountain scenery and starry cold nights. It taught us a bit of history. Also, our motivation for watching old westerns has increased threefold. The next one on my list is: Pony Express – (1953) – “GALLOPING THRILLS! A mighty adventure when America’s destiny rode in the saddle bags of the…PONY EXPRESS.”