We’ve been riding in Wyoming for almost a week now, but have been so busy getting tossed around by the wind, like two flapjacks, that we haven’t had the time to reflect on our Colorado experiences. But we finally had the opportunity to slow down a bit and think back to what made that week such a special one.

Colorado was a great stopover to us for many reasons. For one thing, Boris and I finally reunited after three weeks of him traveling solo and me recovering from an injury. It felt good to finally get back on the saddle and for Boris to have company on the road. Not that Nebraska’s corn fields were not good company. But sometimes it’s good to have a physical companion, because there’s only so much talking you can do with wind turbines and four-legged ruminants. 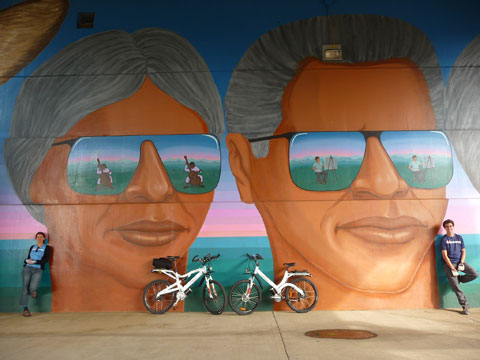 Back together in Denver after Anna's injury heals

Another highlight of Colorado was learning that the best places to hold bike-related events are breweries or anywhere where beer is served. Let’s face it, bikes and beer are practically like Thelma and Louise, at least in Colorado. Breweries are sprinkled throughout the state like little specks of fairy dust. There are about 5 breweries in a 1-square-mile radius in Fort Collins, and at least half a dozen more in other parts of town. Most of these fine brewing establishments are huge advocates of biking. They not only include bikes on their labels, like the famed New Belgium Brewery, but build innovative additions to their facilities, like bike racks made of hops (a key ingredient in beer). 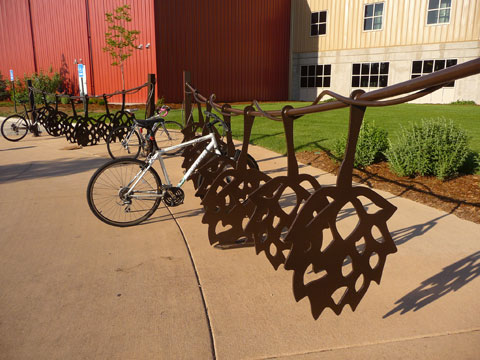 Bike racks inspired by hops, a key ingredient in beer

Steve Bouey and Steve Shoppman, a pair who started the World by Road organization, organized our beer-tastic event at the Denver Beer Co.

They contributed to an all-around unique Denver experience, and not just because we got to hang out with two guys both coincidentally named Steve. They interviewed us for the documentary they’re making about bicycles and what they mean to various people around the globe. The pair also joined us for our ride to Boulder and did some filming and photography along the way.

Steve Bouey followed us on his one-speed road bike, perhaps as training for his upcoming 27,000 mile world bike tour. He plans to do this on a one-speed bicycle and collect unique bike stories on his two and a half year journey. If you wish to learn more about what the Steves are doing, check out their site World by Road, where you can read about the upcoming journey as well as a number of other inspiring stories with unique international and travel content.

Next, we had the pleasure to meet and stay with Dee and Mark Wanger, a pair belonging to a start-up company called Ridekick. Mark, a retired HP engineer and his partner Ken Schrader started Ridekick, essentially designing an electric trailer that hooks up to almost any regular bike to provide an electric boost. It operates on a simple throttle, and can push you at speeds of up to 19 mph. Ridekick started in a garage with only an idea and a drill and has grown into a rather successful business. This just goes to show how far an idea can take you, especially if you’re an HP engineer. 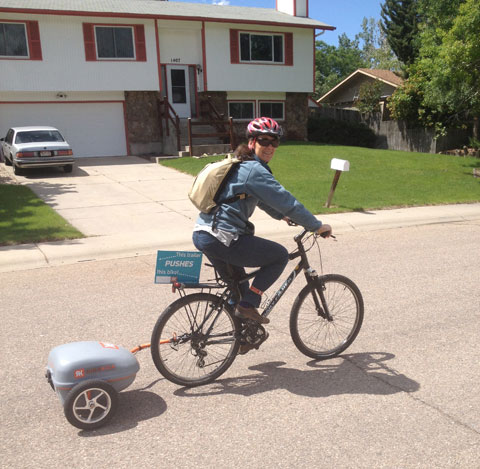 The Ridekick trailer in action, adding a gentle push to a standard bike

Dee and Mark hosted us in their picturesque home by the lake. They showed us all the wonderful things Fort Collins has to offer, like drive-in move theaters (a classic Americana experience), delectable Mexican food, and a taste of Old Town, where we had our event. 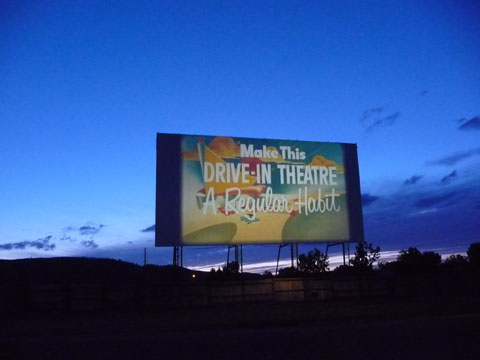 Checking out a classic drive-in movie theatre in Colorado

Colorado left us with rich impressions, a refined taste for good beer, and new friends. Now, every time we drink a Colorado brew, we will think about Steve’s one-speed cycling adventure around the world, or Dee and Mark’s electric trailer. We’re grateful for everything Colorado brought us and are happy to say that it’s been a definite highlight of the trip.

One Response to Reunions, Beer, One-Speeds, And Electric Trailers