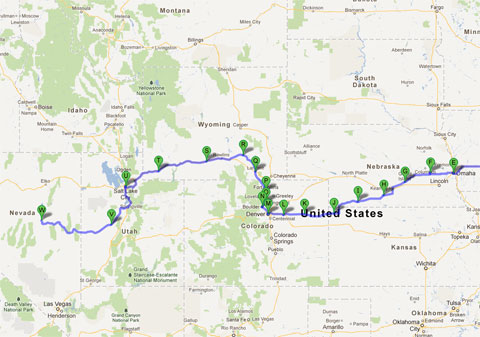 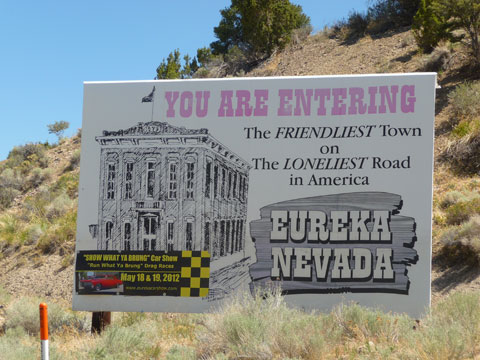 It’s ironic that during the stretch that we expected to have the most free time to write, it ended up being the exact opposite!

The last few days we’ve been traveling through Nevada on Highway 50. Apparently, in 1986, Life Magazine ran a piece on this stretch titled “The Loneliest Road.” An AAA spokesperson had described it in these words: “It’s totally empty. There are no points of interest. We don’t recommend it. We warn all motorists not to drive there unless they’re confident of their survival skills.”

That may be a bit extreme, but there is some truth to it. Apart from the tiny towns spread out at 70-80 mile intervals, the only other signs of civilization are a narrow 2-lane road, mileposts and markers at the top of mountain passes. There are no gas stations, truck stops, or houses in between — just raw, high desert scenery and blue skies surrounding us.

There is still a very good reason for traveling this route. The sheer beauty of the landscape and knowing that you have it all to yourself is overpowering sometimes. The feeling that you get as you pass through old mining towns is incomparable to anything else. It’s almost as if you traveled back in time a century. This route truly represents the essence of bicycling touring — where the journey can be more important than any particular destination.

The road is definitely “lonely,” especially once the stars come out. If the traffic is light during the day, it becomes virtually non-existent  in the late evening or early morning hours. Today, with the weather forecast projecting strong winds during the day, we decided to beat it to the punch and get on the road at 2.30 am. We covered the 77 mile distance and were done for the day by 10.30 am. Just a few days ago, it was the exact opposite — we only started riding at 6 pm and didn’t arrive at the destination until 1 am. It is refreshingly frigid to ride in the night – almost too cold at times with temperatures dropping down to the 30s, but hey, at least there’s no wind. 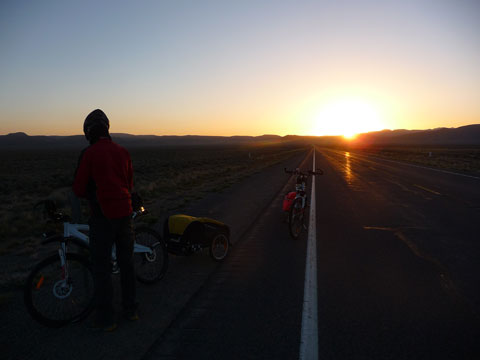 Hoping the sun comes out to warm us up

Riding at night on this road has also given us a unique perspective. As the visibility decreases to a narrow stream of light produced by the bike light, all other senses intensify. You become very aware of yourself and your surroundings. As your eyes start to better adapt to the darkness, you recognize the silhouettes of the mountains and cliffs on your sides. The moonlight helps with that too. It can be eerie at times being so exposed on empty roads in the middle of the night. But in the end, you gain a new appreciation for this exposure, because how often do you get to bike under the cold desert moonlight? 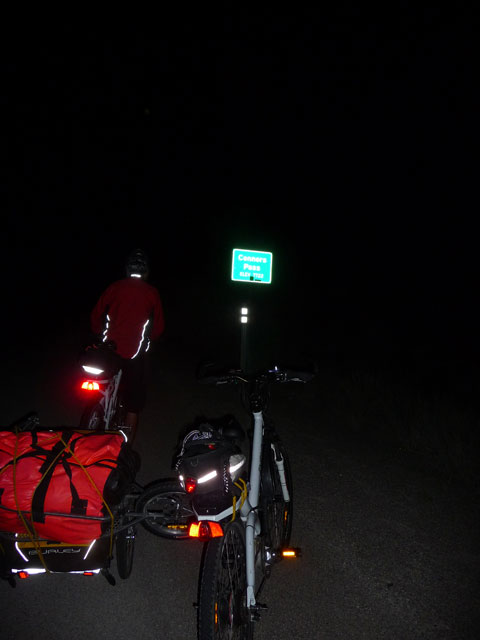 Reaching one of the passes at midnight