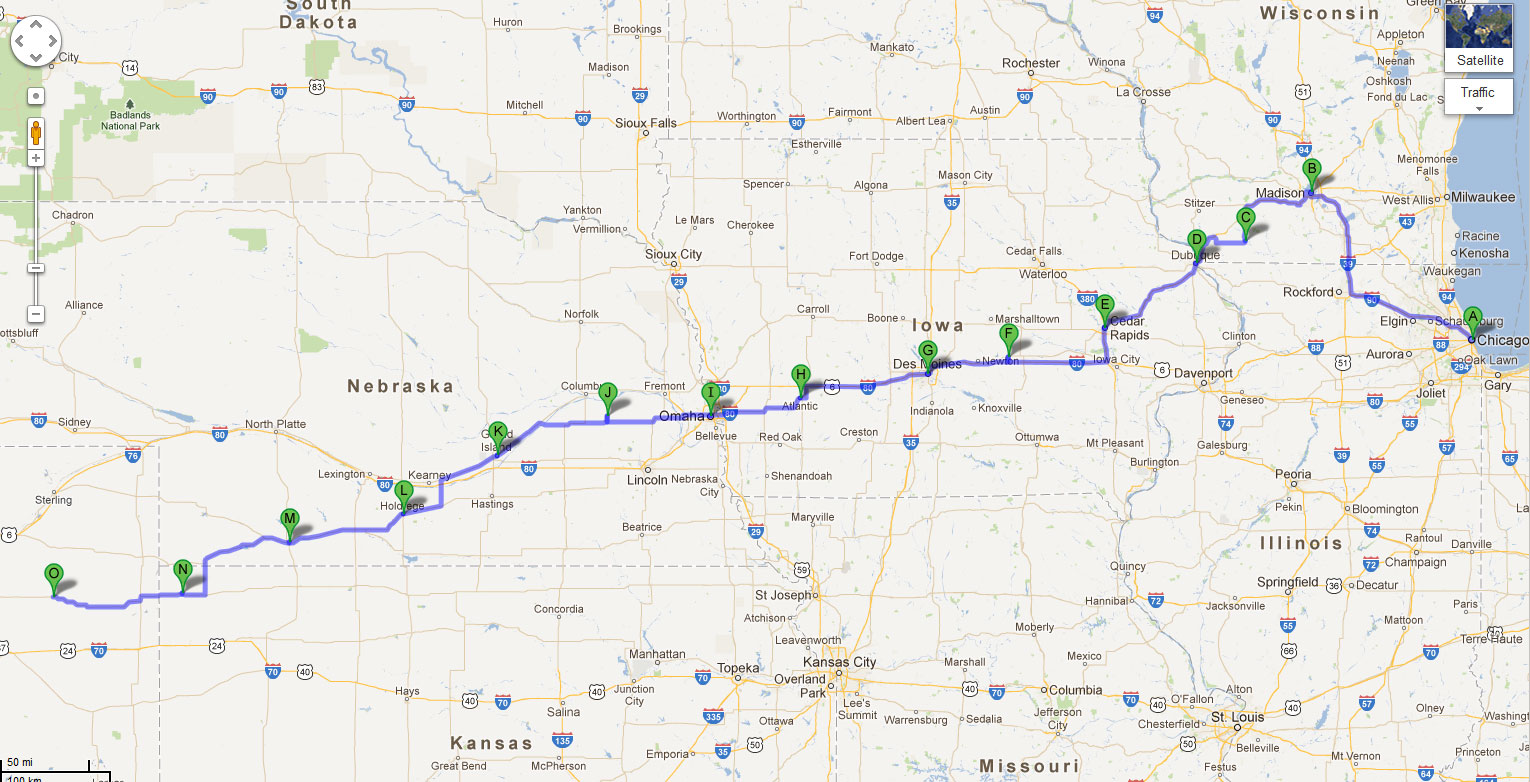 Day Overview:  The day started off to a late, leisurely start. There were only 52 miles planned until the next destination, so there wasn’t much urgency to getting on the road early. That turned out to be a mistake.

At around 11 am, fully packed and ready, I pulled my bike into a gas station in St. Francis, KS. They had a small sit-down area inside and were the only operating place in town to get some breakfast.

As the staff was making the eggs in the back, I started chatting with a few locals who were sitting next to me. “You may want to stock up here” they said – “after you leave St. Francis, it becomes somewhat of a no man’s land for the next 140 miles.”

People’s definition of “no man’s land” vary, but I decided to confirm something. “Is the motel in Joes, CO still operational?” I asked, wanting to confirm my destination for the night.

“Joes? There’s really nothing there any more. Your closest motel options will be in Byers,”  they responded.

Byers was around 140 miles away. That wouldn’t be a big issue, but given the fact that it was already almost noon, that presented the strong possibility of having to cycle through the night to make it there.

I heeded their advice and stocked up on a bit of food and water and hit the road.

Four hours later, as I reached Joes, CO and walked into the town’s only operational business – a liquor store – they confirmed that the motel I was looking for had been closed for months.

It’s interesting, but when you spend a lot of time on the road (and off the road) traveling, you end up adopting a philosophy that everything will find a way of working itself out. It usually does – even if you don’t quite know how. So when it was 5 pm and I still had 90 miles left to go, it all seemed all right.

A tent would’ve been handy, but as we made a conscious choice to travel without one, I figured there were few options but to push forward for the next 8 hours into the night.

A few hours later, I came across the small town of Anton, CO. Google maps barely registered it on the map and I was about to figure out why. Once a fairly busy town, after two interstates bypassed it, the population declined to a grand total of … 7  residents.

I stopped to ask a person one of those residents about the terrain and distance remaining to Byers and whether there were any alternative acommodation options. To my surprise, she pointed to a house across the street. A small sign outside indicated that it was a bed-and-breakfast. It wasn’t marked on any maps, so it was quite unexpected.

I pulled the bike up to the front and knocked on the door. The woman who opened up said that she does, in fact, rent out a few “cabins” next to her house, but she was all full. We continued to chat a bit longer and, as I was about ready to leave, she said that if I wanted to, I could stay in her house.

As appealing as the prospect of continuing to cycle for another 6 hours that night was, I readily agreed.

Thirty minutes later, I was sitting on her porch, with a chicken salad sandwich and a beer, looking at the empty road and the sun setting in the West, and thinking, “If there is one thing that you really do take away from trips like this, it is that problems always have a mysterious way of working themselves out.”