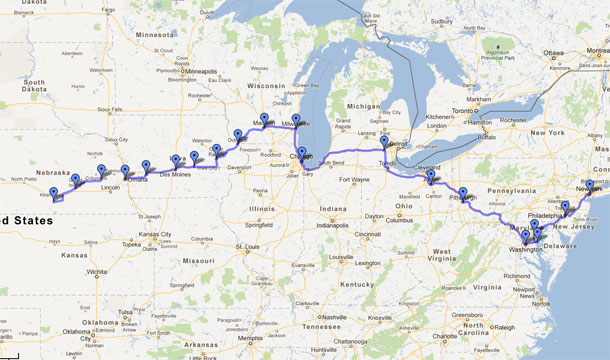 Day Overview: Riding on the nondescript stretch of Highway 30 – or the Lincoln Highway – may not appear significant at first glance, but it actually is quite important, as it carries a tremendous amount of history to it. History that is particularly important to cyclists!

Before departing on this trip, I’d read a book about the beginnings and expansion of Interstate highways in the US – Earl Swift’s – The Big Roads: The Untold Story of the Engineers, Visionaries, and Trailblazers Who Created the American Superhighways. It may appear to be an obscure topic, but I often wondered about this amazing feat of engineering, human ingenuity, and determination. Once you consider just how much of a role the superhighways played in the economic growth of the US and how much we all rely on this mammoth road network in our day-to-day lives, you can’t help but wonder how it all came about.

Lincoln Highway is actually a key piece of the puzzle. Before the Interstates were built and I-80 connected New York to California, Lincoln Highway was the first trans-continental highway stretching all the way from Times Square in New York City to Lincoln Park in San Francisco. It was expected to be such an important throughway that well before the route was fully determined, towns that believed they would fall on the planned way would clamor for the highway to be built through them. They realized that the highway would mean visitors, business, and a boost to their economies. 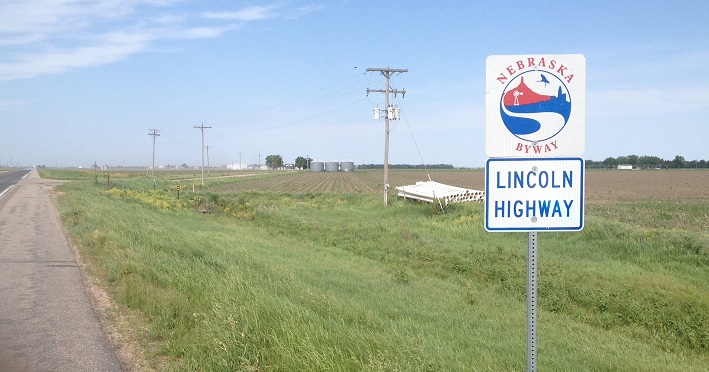 But here’s the most interesting tidbit. The Lincoln Highway was conceived and developed as a result of the Good Roads Movement in the early 1900s. The Good Roads Movement was an organization founded by cycling enthusiasts, riding clubs, and bike manufacturers in an effort to develop more roads for … cycling! In fact, right around that time, cycling had exploded in popularity and demand in the United States, but there was a huge problem. There was nowhere for these new bike enthusiasts to ride, as paved roads were virtually non-existent outside of the cities.

As Alexis Madrigal, then writing for WIRED, poignantly pointed out in his book “The History of Our Future” – “The bicycle, quite literally, paved the road for automobiles. The explosive popularity of the human-powered, two-wheeled vehicle sparked road construction across the Western world’s cities. The League of American Wheelmen was a major vector for the political will necessary to build better roads with more than one million members (out of a mere 75 million people) at its peak.”