Day # 27
Miles Covered Today: 71
Hours on The Road: 8:30 (including breaks)
Miles Traveled Since Beginning: 1,562
Where We Are: Grinell, IA (due to slow internet connection, the map will be omitted today)

Day Overview: When people travel through big cities, they often flock to the tried-and-true landmarks and attractions. In New York, it may be the Statue of Liberty. In San Francisco, the Golden Gate bridge.

However, few realize, that traveling through on backcountry roads through small towns and cities can offer its own share of attractions – large and small.

Riding through Iowa today, I’ve come across a small town of Brooklyn that boasted a unique “Display of Flags” that piqued my interest. Making a small detour, I was presented with a grandiose display of all 50 U.S. state flags. This has come as a bit of a surprise, as I never realized that each state even has a flag to begin with! Live and learn. 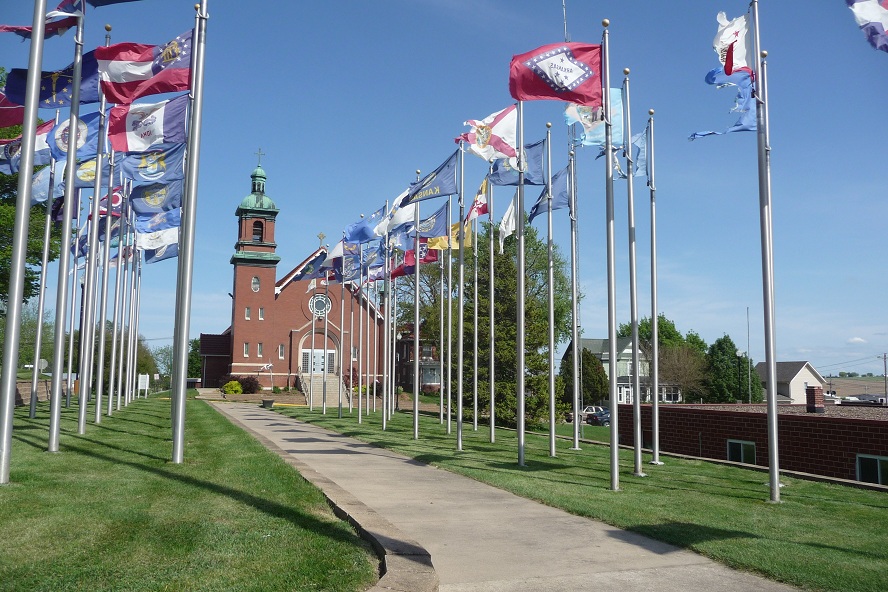 Later this night, I decided to be a little more proactive and research what other attractions are nearby on this long road West. I’ve come across a few – which I wanted to share with you.

The only question remains – which one to start with? 🙂