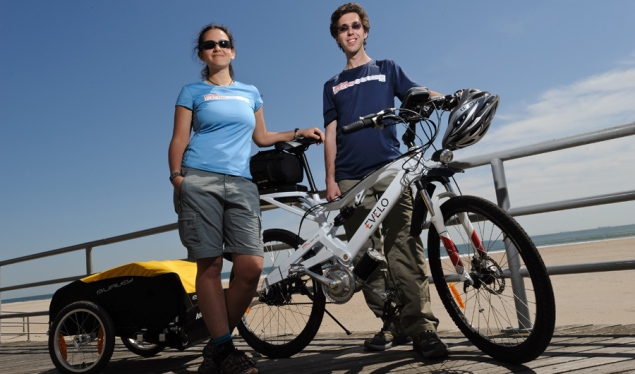 Just as we were finishing up final preparations for the beginning of our two-month long trip across America, we were interviewed by Irving DeJohn of the New York Daily News.

With the use of electric bikes in New York City a sometimes contentious issue that prompts heated discussion, it was a great opportunity to spread some information about electric bikes in general and the tour in particular. As the article states, even NYC councilwoman Jessic Lappin, who has concerns about bike use in the crowded metro streets “gave Mordkovich her blessing, as long as he follows the rules of the road. ‘It sounds like quite the adventure and I wish him well,’” said Lappin (D-Manhattan).”